Get fresh music recommendations delivered to your inbox every Friday.

God is in the Detour: Story Edition 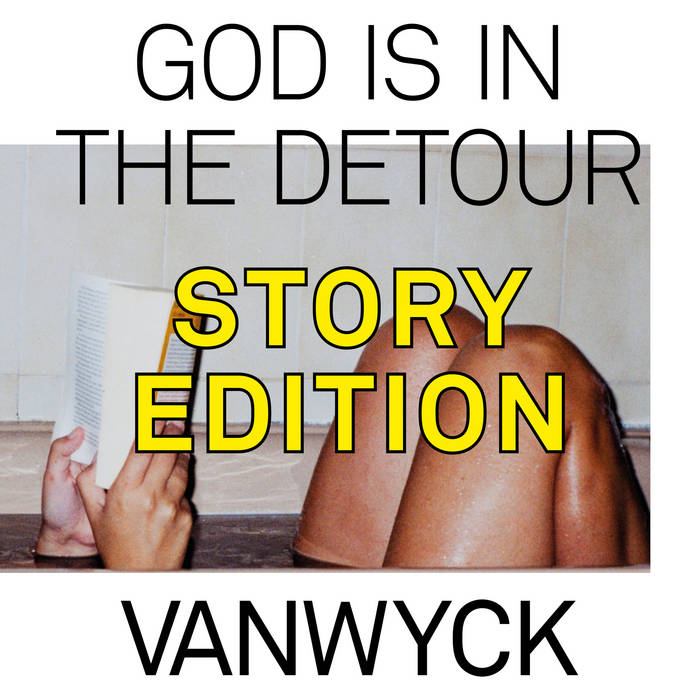 This 'Story Edition' of VanWyck's latest album 'God is in the Detour' mixes together the songs of the album and spoken word pieces she wrote for a theatre tour that was cancelled due to Covid. It’s an attempt to share the album in a different way now that playing live is not possible.

VanWyck: Now that people can’t come to shows to hear these songs performed, I’ve looked for a new way to share them. Instead of a deluxe edition, or an acoustic edition, I came up with this story edition, a new format, placing the songs in a narrative that I wrote for a theatre performance. During this show I would take the audience along a dream I once had where I travelled to an unknown destination. The songs describe moments on that journey. The spoken word pieces describe the journey itself. By placing the songs in a different framework, a new layer of meaning is added. I hope it’s something listeners will enjoy taking in as a whole.

With her warm voice, rich lyrics and sober alt-folk craft Amsterdam singer-songwriter VanWyck has drawn comparisons with Leonard Cohen and Nathalie Merchant. Her debut album
'An Average Woman' was released in 2018 to raving reviews. Her second album 'Molten Rock' also reached an international audience. A third album of intimate lockdown songs, God is in the Detour was released in 2020. ... more

Bandcamp Daily  your guide to the world of Bandcamp

Nightmares on Wax and Bremer McCoy stop by with their sublime new LPs.